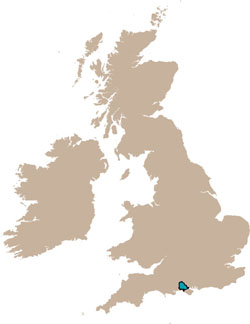 The New Forest is on the south coast of England between the urban areas of Southampton and Bournemouth. Since 2005 the Forest and some of the area around it has become a ‘National Park’, which means that special rules apply to protect the character of the area. The National Park wasn’t welcomed by everybody- there was a lot of argument when it was introduced, with some people claiming it was a waste of money. Time will tell, but there’s no doubt that the Forest needs protection.