The New Forest Trust started its commoning history project in 2009, and has since been recording the memories of commoners and other people with special links to the Forest. The work has been funded by the Heritage Lottery Fund.

The recordings have been made by volunteers trained by Helen Lloyd, an oral history expert with a background in radio broadcasting.

There are two versions of each recording. One is the original, kept virtually as it was recorded. The other is edited slightly, to take out things like coughs and repeated words that might detract from the enjoyment of listening to the stories.

All of the people interviewed get copies of their recording on CDs, which they can pass on to their friends and relatives. 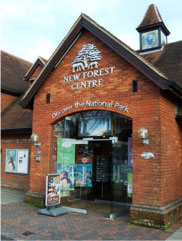 The recordings will be stored for posterity at the Christopher Tower Reference Library, which is at the New Forest Centre, in Lyndurst.

The recordings don’t follow a set pattern. Each subject was allowed to talk about whatever interested them most. The result is a very rich mix of stories about every facet of Forest life.

The people interviewed come from a wide variety of backgrounds. Some are from wealthy families, while others suffered very hard times. Some came new to commoning, while others are from families that have been commoning for generations. They include, agisters, verderers, forest keepers, woodsmen,  horse dealers, and farmers.  What they have in common is a love for the New Forest and its unique heritage.