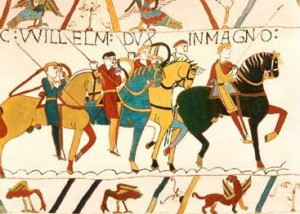 After the Normans invaded England in 1066, the Norman kings reserved parts of the country to be ‘forests’, which in those days meant royal hunting grounds. The New Forest was established as a royal hunting ground by William the Conqueror almost a thousand years ago, and the name has stuck.

There was a special ‘Forest Law’ that dated back to the time of Magna Carta, and was some of the earliest written law of England.  Many parts of the ancient Forest Law survived right up to the  1970s, when they were swept away by an Act of Parliament called the ‘Wild Creatures and Forest Laws Act 1971’.

Although we think of the Forest as one area today, it is really a patchwork of areas each with a slightly different history. For example, some parts of the Forest were manorial holdings to which the sovereign had given special rights. These old differences were still leading to arguments about rights in the Forest until the last few decades when a series of legal cases in the High Court has decided the rules once and for all.